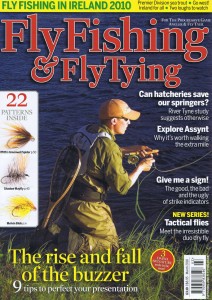 ON THE BENCH : Bob bob bobbin along

Fascinating what a fresh look at a problem can come up with. To my mind the basic requirements for a bobbin holder are:

1 )  The thread must not be damaged as it rubs against the holder.

2 )  The spool must be held securely

3 )  I must be able to adjust the tension on the spool to suit different threads.

Marc Petitjean’s TT Bobbin ticks all three boxes with ease and in typical Petitjean style does it with a twist.

First, and most obviously, there is no tube on this bobbin holder, rather the thread is dispensed through a slot in a length of stainless steel, held in that slot by two stainless wire guides.

Threading this holder means catching the thread under the lower guide, sliding it into the tip guide and that’s it – job done. No bobbin threader, no fiddling trying to slip the end of a fine thread into a tiny hole, no sucking (and, therefore, no spitting out lumps of old wax sucked out of the tube.)

Having a mildly sceptical streak I wondered if the thread would either find its way back out of the tip guide or be damaged by either the guide or slot during tying. Well, if either can happen I have yet to find out how. Fitting the thread into this holder is extremely easy and once there it is secure – easily a match for any of my conventional tubed bobbin holders.

Clearly this holder is designed for what I regard as standard sized spools – it will not adjust for narrow spools. Since I don’t use small spools that is not an issue for me. The legs are looped stainless wire so I have a degree of control over the minimum tension by gently bending the legs – just as l can with my conventional holders. Leg tension can also be adjusted using the spring on the inner parts of the leg – slide the coiled spring down to increase drag on the spool. The ability to adjust the pressure on the spool for a spell and then reset it to minimum easily and without removing the spool is unusual. More likely I would use that feature to adjust tension when I change spools, heavier for stronger thread and lighter for real flyweight threads. I can as easily do that by bending the legs of my conventional holders, if and when I remember to do it beforehand and don’t mind removing the spool a few times so I can get the tension as I want it.

Initially, I thought that tension adjustment was just another a gimmick, I found myself using it often, more or less every time I switched spools. Which brings me back to the other essential characteristic of this holder, as soon as I got the hang of fitting thread it became clear that switching threads was exceptionally easy and quick. I normally have several bobbin holders loaded and waiting on the tying bench. Loading thread into this holder is so quick it could reduce the need for a few extras – anything that clears a little of the clutter from my tying desk is very welcome.

Near the tip of the holder you should see a fine groove with a ‘hook’ leading to the tip. The idea there is that the groove can be used to help make dubbing loops, and by pulling the thread into the hook so it reaches the tip, the holder can be used to spin the loop before winding it onto the shank of a hook. At the time of writing I’m still getting the hang of that facility, at the moment it works sometimes and the next time I end up with thread and dubbing loop wrapped around both hook-shank and bobbin holder – not good! While the TT Bobbin performs the basic functions of its job exceptionally well I am not convinced turning it into a dubbing twister is necessary.

This is a sophisticated revision of a basic tying tool and it works very well indeed. UK prices have yet to be fixed for the TT Bobbin but I expect this to be relatively expensive – for a bobbin holder.

Magnus Angus was one of the first SGAIC-qualified instructors and subsequently a SGAIC assessor. He also set the SGAIC fly-tying examinations. His first fishing forays were on the Don and Feugh in the 1960’s with his granddad, where he fished with a cane rod.

A demented CHRIS SANDFORD attempts to satisfy his fly-fishing hunger by valuing some angling antiques readers sent him.

James Cortland, a keen fly dresser who lives on the outskirts of Leeds, writes to ask if I think that there is anything in today’s market to beat The Lightening Fly Dresser. James found a nearly mint example a couple of years ago and tells me that he has used it with great success ever since. This gadget, which we featured back in our May 2006 issue, was invented by Derbyshire fly tyer J Nuttall and was marketed from around 1935. I don’t believe that this innovation has been bettered in 75 years…until now.

It seems to me, that hardly a year goes by without us being persuaded to buy a new ‘quicker…easier’ bobbin holder.

Many are developed in the USA, but one that caught my attention last year was the TT Bobbin invented by Swiss entrepreneur Mark Petitjean.

Like the Lightening Fly Dresser it has a tension control feature but there the similarity ends. Mr Petitjean’s new bobbin has an easy threading system, a ‘looping’ device and other advantages that I won’t go into for fear of this article sounding like a commercial.

What I will say is that the bobbin holder is the device we use in the construction of every fly we tie and, in my opinion, it is unlikely that anyone will better the TT Bobbin for another 75 years.